You will either have to forgive me or at least be a little understanding. At my age, mid-fifties, you would think I should know better, but I obviously don’t. My kids understand me because I raised them on comics, fantasy, science fiction and a few incredible stories of my own. That’s why when they said, “Dad, are you coming to Comic-Con with us this year?” I couldn’t say “You bet!” quick enough.

Comics with super heroes and heroines, science fiction fantasy and Star Wars are all big business. If you ever knew it was going to turn out this way, you would never have taken your well-read comics down to the corner store to swap. I remember Walt Disney comics and Phantom comics were always well spread over the house, including the toilet, so you could grab one for a quick read. Even as an adult I couldn’t wait for the next edition to hit the newsstands. Now, with CGI making up more than half a movie, you can watch it all unfold on the big screen. It’s so easy to get lost in another world these days with a simple trip to the cinema.

Comic-Con is THE biggest event on the calendar and it is no longer restricted to Geeks, although Geeks seem to enjoy it more as they get into costume. It all started in the USA but now they have the show in a few other countries, like the UK, Australia and Canada. 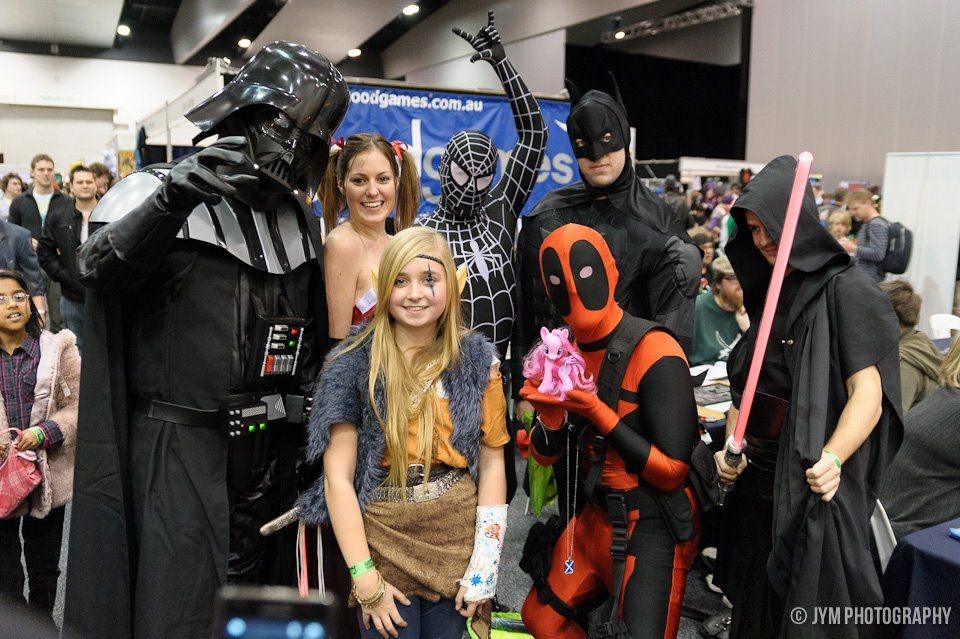 All the manufacturers, printers and people get physically involved in the business of bringing comic book heroes to the public. It can probably be best described as a super costume party. There are so many different portable exhibition and display stands that you really need to allocate a full day to spend there.

The new Star Wars movie was due for release and the agonising wait for millions of fans was almost over. It was expected that the franchise would set up multiple stands and exhibitions at the event to satisfy the adoring public. The Marvel Comic characters and the X-Men had been having a free run over the past few years but ‘The Force? was on its way!

If you want to know just how many people have a secret favourite super hero or movie character, get yourself along to one of these Comic-Cons as soon as you can. The trip I made with my two sons and grandkids was a real hoot. I have no problem getting into character when I go to one of these. 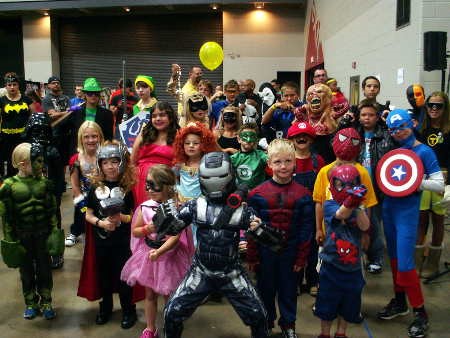 We had photos taken with me dressed as Darth Vader, them dressed as Wookiees, albeit they were pretty small to pass as Chewbacca. My youngest grandson, Matthew, looked great in his R2-D2 costume. Some of the girls were dressed in rather risqué costumes at times, which caught my eye, but did have me wondering just which super hero or comic character they were supposed to be. Don’t miss the next one!