When people get rid of their cars, whether for recycling or to a new owner, they’re usually thinking about the brand-new model they’re about to pick up. This means that they frequently fail to look through the vehicle to make sure nothing has been left inside. An odd penny beneath a floor mat is nothing to get worried about, but you don’t want anything more valuable slipping through your fingers. 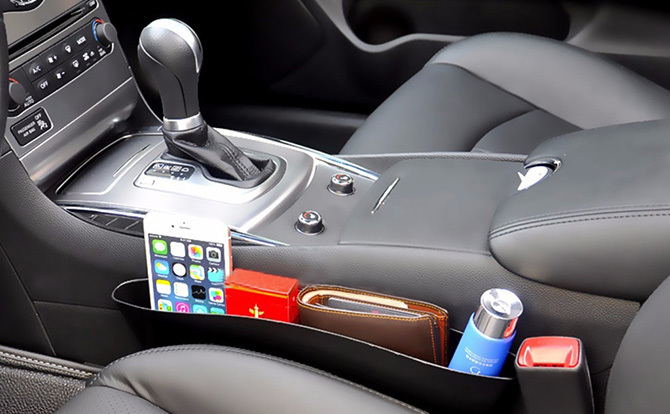 Make sure you check all 5 of these nooks and crannies.

You’d be surprised how many people hand over the keys to their car without checking beneath the seats to see if anything has been kicked there. Before you give up your ride, make sure you take a proper look. It’s easy for larger items to get stuck if they catch against the rails holding the seats, and you don’t want anything left behind.

It isn’t just under the front seats where people often lose things. One of the other likely hiding places for smaller bits and bobs is between the rear seats. Things are especially likely to slip between the cushions if you frequently raise and lower split seats in order to slide in longer pieces of cargo. Push your fingers in deep and run them along the seams.

Identification cards and even spare house keys are often slipped into the small pockets that come with some sun visors. Having those things there is something you forget about until you need them, but it could slip your mind to retrieve them before giving away the vehicle for recycling.

Okay, using CDs has become a little bit passé, but it’s shocking how many vehicles are given away with a golden oldie still stuck in the CD player. After all, removing the CD just isn’t something that you think about unless you’re about to slide in another one.

If you’re the sort of person who would rather take a look beneath the bonnet than call a breakdown service when something goes wrong, you might just keep a few tools lying around next to the spare. If so, make sure you collect them before turning over the keys.